Home > Children & Teenagers > Do Children Grow Out of ADHD? 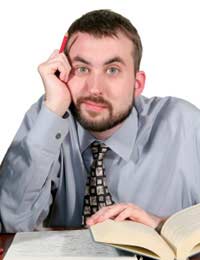 The simple answer is that some children with ADHD do grow out of it by the time they reach their early 20s, but some do not. The split is about half and half, so the incidence of ADHD in the adult population is still as high as 4 in every 100 people.

Although children diagnosed with ADHD in childhood might have to learn to live with the symptoms of inattention, hyperactivity and impulsive behaviour, it is possible that half of them will see a significant improvement as their brain matures. This happens later in children with ADHD but when it does happen, most of the worst symptoms can start to reduce and eventually disappear.

Research published at the end of 2007 showed that the brains of children with ADHD show a different pattern of growth, particularly in the areas of the brain known to be associated with concentration and learning. This was found by doing a series of MRI scans – scans that build up a picture of the brain using X-rays – at children at different ages from about 5 until their mid teens. Over 400 children’s brains were scanned over several years, half of them with a diagnosis of ADHD and half of them considered ordinary, health kids.

Time Lag from Brain to Behaviour

Once the changes in the brain happen, it takes a few more years for children to experience a reduction in ADHD symptoms. In about half of children, the changes in brain maturity were followed a few years later by an increasing ability to concentrate, better grades and behaviour in school and, after a few more years, very little difference in ability or achievement.

Why Not All Children?

Although the maturation of the brain occurs in most children, only about half of those who are diagnosed with ADHD do grow out of the symptoms as they grow up. Some of these may have brains that never fully mature, or they may have other problems with nerve connections or the balance of neurotransmitters. These children develop into teenagers and then adults with ADHD. As people get older, they become more able to restrain and control their behaviour, so they may be able to sit still for longer and apparently concentrate better.

However, adults with ADHD report that the feelings that urge them to fidget, leap up and down off their chair, be constantly active and experience poor organisation and impulsiveness are still there and it is a daily struggle to control them.

As adults, people with ADHD can develop strategies to make their lives easier and can undergo counselling and therapy to try to control anger, frustration and to improve their organisational and interpersonal skills.

Some of the most important things for adults with ADHD to do to live with their disorder is to get plenty of regular sleep, eat regular healthy meals and take plenty of exercise. Other tactics such as keeping clutter down, paying bills regularly, keeping to time and remembering things are often helped by keeping lists, using organising software on the computer and asking for help when they need it.

Better ADHD Treatment In The Future?

Now that researchers have discovered the link between brain maturity and ADHD, they think that they may find useful information by looking at how the brains of children mature from birth, and to look at differences there that are obvious in children who are later diagnosed with ADHD. If some of the signs can be classified, it may be possible to identify children who might develop ADHD, particularly those who will not grow out of it, so that they can receive stimulation, training and teaching to boost their brain maturity right from their early months. Whether this would be successful would have to be trialled carefully, but it is a possibility that could help many children.