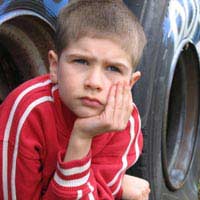 Researchers have long suspected that a person’s socioeconomic status might influence ADHD. A very recent study this year has proven their predictions correct in terms of children with ADHD. Another study linked poor socioeconomic status with adults who suffer from ADHD.

Studying Children Who Have ADHD

By looking at more than a million children, it was found that there was a strong link between ADHD and socioeconomic status. It raises questions about how ADHD is diagnosed and also how a child’s environment can predispose him or her to ADHD.

The study found that when children came from a family that received welfare help, they were significantly more likely to be on ADHD medication. The risk was actually increased by 135.

Another finding was that women who had very basic education were 130 percent more likely to have a child that was taking prescription medication for their ADHD. This was in comparison to those women who had university level degrees.

It could mean issues occur around the separation of parents or it could be a divorce or the fact that a parent is absent. This absent parent may be one who now has limited visitation due to a separation or divorce. Alternately, it may mean that the parent with sole custody has to work a greater number of hours to support the child, leaving them with little time to spend parenting the child.

Researchers further found that boys were three times more likely to be taking ADHD medication than girls. There was also a strong genetic link that showed identical twins were more likely to show the same symptoms of ADHD.

Adults Who Have ADHD

Another study looked at adults with ADHD. It found that they were more likely to have poor socioeconomic status compared to non-sufferers. The symptoms of ADHD also made it more likely they would change jobs frequently and struggle with issues relating to work performance. By having fewer achievements at work, their overall financial performance was lowered compared to those who do not have ADHD.

What these recent studies do seem to indicate is that adults with ADHD are linked with lower socioeconomic status, while children with ADHD tend to suffer a similar fate. Ensuring that accurate diagnosis and treatment are available to everyone is key to helping both adults and children manage this disorder.

Activities for Children with ADHD
Share Your Story, Join the Discussion or Seek Advice..
Hi, I was wondering if you had a reference or link to the studies you are discussing in How Socioeconomic Factors Link to ADHD? I am writing my dissertation on this topic. Thank you
Sam - 24-Nov-11 @ 10:02 AM
Title:
(never shown)
Firstname:
(never shown)
Surname:
(never shown)
Email:
(never shown)
Nickname:
(shown)
Comment:
Validate: