Home > Diagnosis & Symptoms > The Difference Between Bad Behaviour and ADHD

The Difference Between Bad Behaviour and ADHD 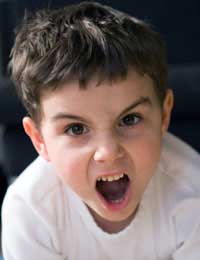 When poor behaviour is exhibited by a child at home or at school, it should be understood that it means something. The challenge for a parent or teacher is to understand why a child is behaving badly, so that appropriate actions can be taken to address the underlying problems. However, working out why a child is behaving badly is no easy task and there are a wide range of possibilities that have to be considered. Difficult questions have to be asked with much soul searching by the responsible adults. Does the bad behaviour reflect some failure in parenting or teaching skills, or is there some other explanation?

Very commonly family problems can spark emotional outbursts in a child; poor parenting skills combined with a lack of structure and discipline at home can have consequences on a child's behaviour at school. If there is no immediately obvious explanation for a child's behaviour in their home life, then teachers must consider the possibilities of a learning disability such as dyslexia, or an exceptionally bright child who needs more mental stimulation from their education. Occasionally, the problems may arise as a result of Attention Deficit Hyperactivity Disorder (ADHD).

ADD (Attention Deficit Disorder) is characterised by a combination of hyperactivity, impulsivity and an inability to focus or pay attention to a task in hand; however, not every child who is overly hyperactive, inattentive, or impulsive has this disorder. Nearly all children and even adults will occasionally blurt out things they didn't mean to say; everyone is capable of darting about from one task to another, losing focus and becoming disorganised and forgetful.

When there is no simple explanation for a child's bad behaviour, it is time to seek expert help; but how can a specialist tell if the problems are caused by ADHD?

Ruling Out Other Possibilities

When dealing with children there is one universal truth with regards to behaviour: children usually like to please their peers, and they do not like it when they perceive they are in trouble. This remains true even when a child may have ADHD, and there are very few situations where a child will deliberately seek trouble on a continual basis. If a child is behaving badly, there is a reason.

Frequently, poor behaviour at school can arise where a child is exceptionally bright. A lack of intellectual challenges in the classroom can result in a 'bored' child diverting their energies to disruptive or inattentive behaviour. As a result, a range of tests will be carried out to determine a child's intelligence and detect any learning difficulties that may be present.

If attention deficit disorder is still suspected, a specialist will carry out a range of tests to exclude the possibility of a range of physical and mental conditions that can mimic ADD such as a developmental disorder, schizophrenia or some other discernable illness. The specialist will also carry out a comprehensive and thorough evaluation using diagnostic interview techniques and will take a very thorough family history.

When all other medical possibilities have been excluded, ADHD can be considered as a possible diagnosis and detailed investigations and questioning of both parents and teachers will be required to determine the patterns of behaviour are consistent and persistent.

There are a number of criteria that have to be met for a diagnosis of ADD to be made. As a general guide, the symptoms of inattention or hyperactivity must have persisted for at least six months and they must be affecting the child's educational and social development. The symptoms must have appeared early in life and become noticeable before the child reached the age of seven, and they must be excessive and occurring far more frequently than would be expected from other children of a similar age.

The behaviours also have to result in real problems and handicaps in at least two areas of a person's life, regardless of their age. For children, the key areas to consider will be the effects of their behaviours in the classroom, in the playground, at home, in a social setting and within a local community. A child who shows ADD behaviours but whose ability to form friendships or make progress at school are unaffected would not be diagnosed as having attention deficit disorder; a child who appears to be excessively hyperactive on the sports field or playground but does not show these behaviours in the classroom or at home would also not have the condition.

If tests rule out attention deficit disorder and any other medical or definable cause, then the conclusion must be that the problems are simply bad behaviour, and that the child needs greater discipline, structure and organisation at home and at school.

Tobacco and Lead Exposure in ADHD
Share Your Story, Join the Discussion or Seek Advice..
[Add a Comment]
i have 13yr old son, he has been diagnosed adhd since age 7yr. old until now we keep on visiting his doctor. it's really hard for me as his mother to handle him everytime he showing his disruptive behavior.
gie - 11-Aug-16 @ 8:45 PM
Hi can anyone help I have a 9yr old daughter whp has adhd she gets up at 530 every day what cam I do .
Angela Cooper - 13-Oct-14 @ 12:54 PM
@LONE STRANGER. Yes children today are much more fortunate in that these syndromes have been more widely recognised. Do continue to push for help and support with your circumstances though. Here is a list of support groups - many of which help adults with ADHD
ADDandADHD - 21-Jul-14 @ 12:18 PM
As a child growing up in the early sixties, I was very difficult for my parents to handle.I frequently threw tantrums, had problems with socializing, and eventually was sent to an institution where I was physically, emotionally and sexually abused.Doctors were stupid back then.They had no idea what was wrong with me and others like me.It was easier to cart someone like me off to an institution than to actually help us.There were no special classes or teachers to help us in school.We were on our own and were considered to be lazy at our studies. I have been diagnosed with Asperger Syndrome,Attention Deficit Hyperactivity Disorder, and Obsessive Compulsive Disorder.Although I had learning problems, I did go to college for six years.However, as a result of my problems I have always lived in poverty during my adult life. I have no friends, spend all my time alone, and get frustrated.Fortunately the medical profession has smartened up and know how to deal with children like I was,These kids have a greater chance of succeeding in today's world.As for adults like myself, all we can do now is deal with the horrors of our childhoods and try to survive in a world that does not cater to helping older people with mental handicaps,
THE LONE STRANGER - 21-Jul-14 @ 6:44 AM
I have a 15 year old son who was diagnosed with ADHD only 2 years ago, I had always thought there was something wrong with him growing up and it was very late before we got the answers.......now I am confused as to his behaviour, I can't tell what is ADHD and what is just pure bad behaviour...... He is medicated now and there has been a massive improvement in his education, for example, 9 months ago if I was to ask his maths teacher what grade to expect with his gcse's, then the answer would be unclassified. Now the teacher says she expects him to obtain a C.... This is fantastic news for me, and him of course, it makes me feel happy for him. So his schooling is going good, however at home, things are not so great..... He is unrulely, disruptive, he swears a lot, he is angry, he beats and shouts at his sister and myself. He does not respond to discipline, he will smash things up when he doesn't get what he wants... Basically he his an horrible young man. I have tried many forms of discipline and nothing ever seems to work. I talk to people who continue to tell me that it is his ADHD, I understand that but feel as though he is just sometimes being a little sod. I say this because he knows what's right and what's wrong because when he wants something, he knows exactly how to behave, to me it's not rocket science...... However, am I right or am I wrong? I know ADHD causes behaviour problems but to this extent, it is severe behaviour at home and to me it seems as total disrespect to the rest of the family, it's as if he doesn't care..... He comes home drunk at weekends after being out with his pal, and when I try to talk to him about it, he just laughs it off claiming that its normal for teenage lads to get drunk, basically I need to know if ADHD causes an excessive or extreme unruly child or is it simply him being a bad young man...
Freynie - 24-Nov-12 @ 8:13 AM
Title:
(never shown)
Firstname:
(never shown)
Surname:
(never shown)
Email:
(never shown)
Nickname:
(shown)
Comment:
Validate: